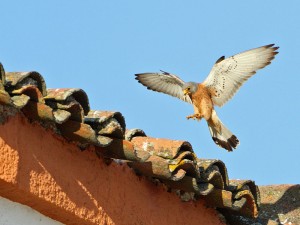 In this section we deal with the number of species that it is possible to see in the Miajadas-Trujillo district. We are basing this on an overall list of species that can be seen in Extremadura, specifying its status in the district (species unrecorded in the district do not have a status given), its conservation status and the points of ornithological interest in the district where they are most likely to be seen.

Of the more than 360 species of birds recorded in Extremadura, in this district it is possible to see 275. Of these, more than 50, the most representative, are highlighted with a short description.

We hope that you will see as many species as possible on your visit to the district Miajadas-Trujillo.

Sheets about some birds of the district (only Spanish):