The District Miajadas-Trujillo covers more than 2000 km2, lying in the centre of Extremadura and crossed by the A-5 motorway. It has the following towns and villages: Abertura, Alcollarín, Campo Lugar, Conquista de la Sierra, Escurial, Garciaz, Herguijuela, Ibahernando, La Aldea del Obispo, La Cumbre, Madroñera, Miajadas, Puerto de Santa Cruz, Robledillo de Trujillo, Santa Cruz de la Sierra, Torrecillas de la Tiesa, Trujillo, Villamesias and Zorita. Scenically it is a harmonious union of diverse features that confers upon the district a special persona. Coexisting in the territory are irrigated areas in the south, immense dehesas and plains of pasture and cereals in the centre and mountainous areas in the north and west. In the highland areas, the ridges of the Villuercas or the Montanchez mountains, there are the beautiful woodlands of sweet chestnuts, oaks and cork oaks. We can add to this brief description of the landscape the rich heritage that is such a treasure across the territory, outstanding of which (although not unique in district) is the monumental town of Trujillo. 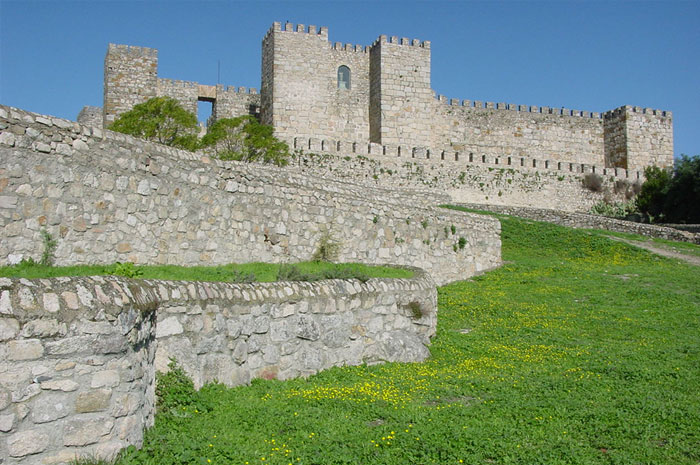 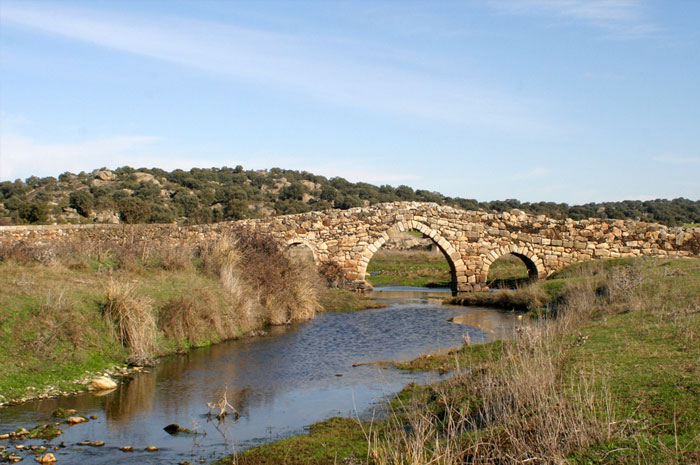 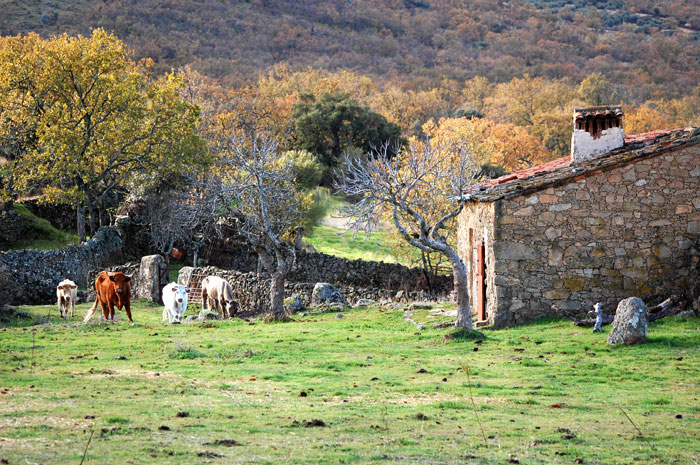 This assemblage of landscapes gives rise to an attractive diversity of birds and places of interest for watching and photographing them. The following places carry some form of protection in the Miajadas-Trujillo district (some of these lie wholly within the district, others are partially so): Río Almonte SCI, Monfragüe SCI, Sierra de Cabezas de Aguila SCI, Almonte river system SPA , Magasca SPA, Trujillo Plains SPA, Zorita Plains and Sierra Brava Reservoir SPA, Ricefields of Palazuelo and Guadalperales SPA, Charca La Torre SPA and the Lesser Kestrel colony in Trujillo SPA. This reflects, without doubt, this diverse territory. But if we look at the interesting areas for birds, which are currently without any formal protection, the district of Miajadas-Trujillo also demonstrates its importance. IBAs (Important Bird Areas) occupy more than 77% of the territory, with the following six areas: IBA-284 Sierra de Pela- Orellana Reservoir-Zorita, IBA-286 Valdehornillos-Santa Amalia, IBA-295 Plains between Cáceres and Trujillo-Aldea del Cano, IBA-296 Trujillo-Torrecillas de la Tiesa and IBA-297 Sierra de Villuercas. 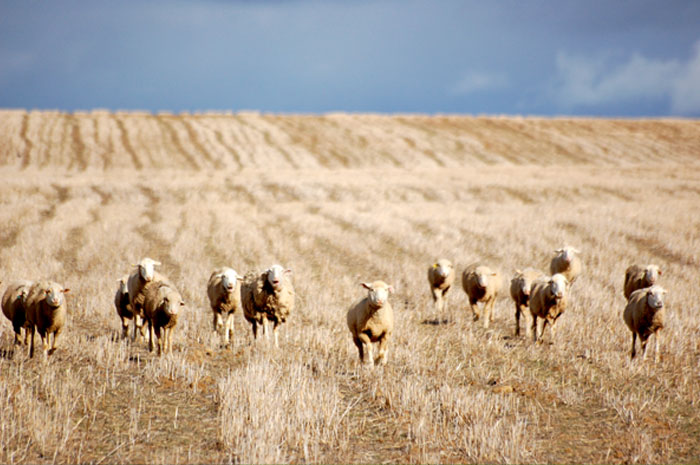 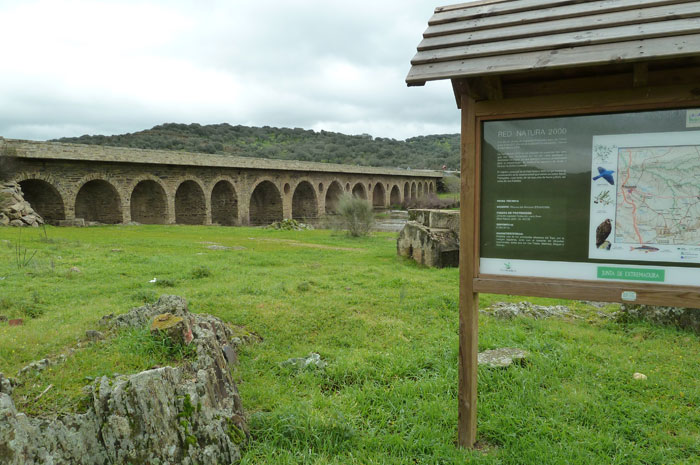 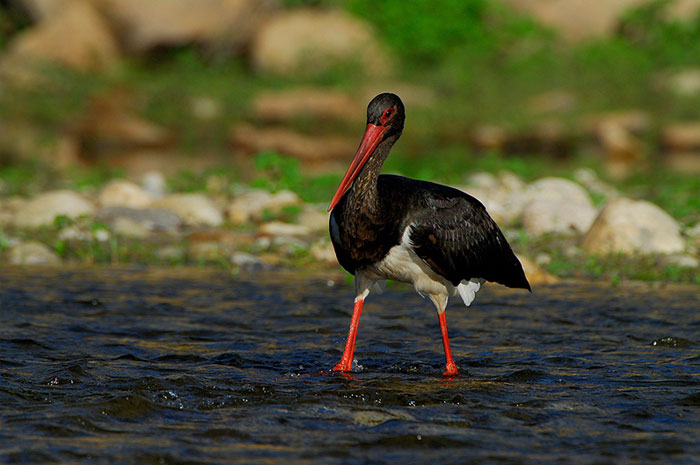 Of the interesting bird list that the district Miajadas-Trujillo holds, we can highlight here a few of the key species and groups. Some of these are mentioned because they are listed as endangered species or sensitive to habitat change, others for the enormous concentrations that occur, especially in winter, that pinpoints the territory as one to conserve, to study and above all visit, others for their rarity in these latitudes and others because they serve as ideal attractions to gain the interest of young people and increase their respect for nature. Among those species with populations that are scarce globally, but for which we hold a good population in our territory, we would highlight the Black Stork, that can be seen in, amongst other places, the Almonte River system or the surrounds of the Sierra Brava Reservoir and Alcollarín Reservoir, the always spectacular Black Vulture that can be seen in areas close to Monfragüe, such as the plains of Trujillo, Magasca or Belén, all within its foraging range; the Spanish Imperial Eagle and the Purple Heron. To these we can add the Lesser Kestrel (the colony in Trujillo is a SPA), Bonelli’s Eagle, Black-winged Kite, Red Kite, Montagu’s Harrier or Marsh Harrier (with large gatherings in winter in the irrigated farmlands) all which find suitable conditions here. Another noteworthy group with a seasonal presence in the territory are those species which occur in such numbers that they are difficult not to see and it would be unthinkable not to enjoy their presence. These include the Common Crane, which winters here, the Black-tailed Godwit which is a spring and autumn passage migrant, and waterfowl, especially in winter, with tens of thousands present in places like Sierra Brava and Alcollarín (Mallard, Pintail, Wigeon, Shoveler, Greylag Geese etc). 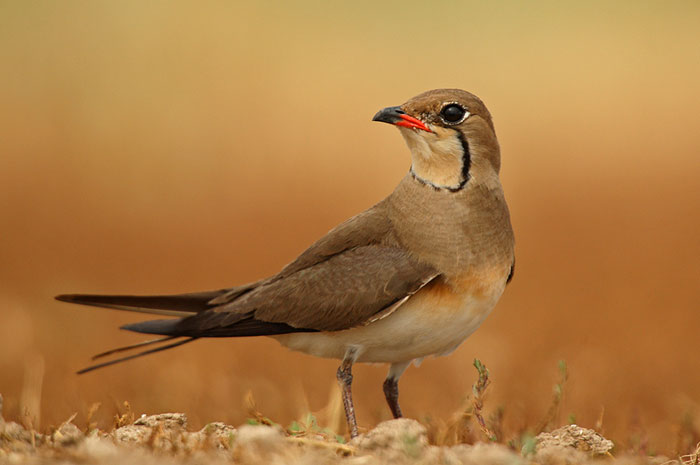 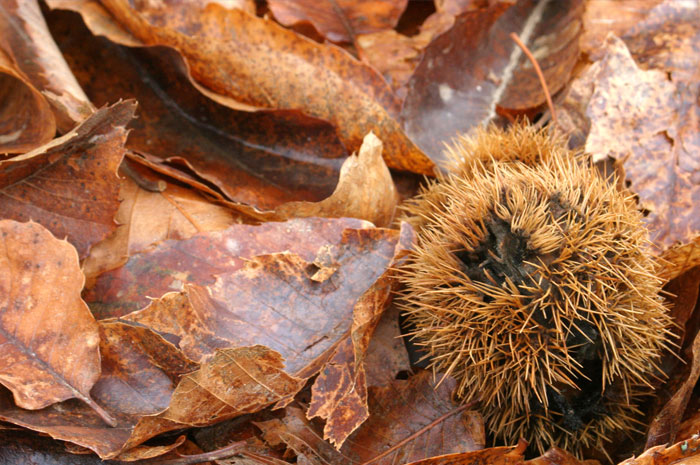 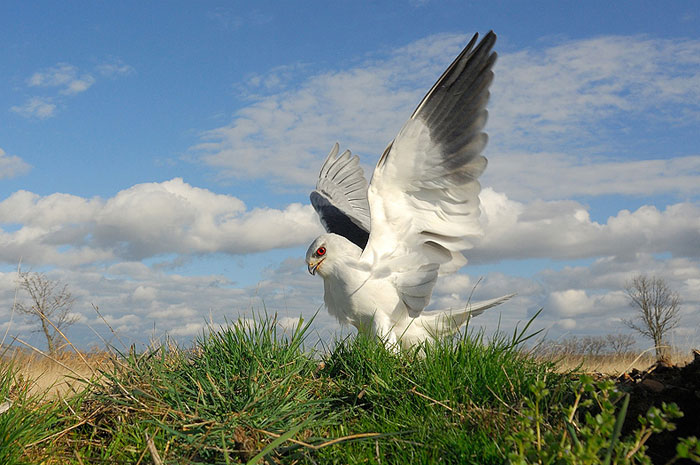 This group has become a spectacle not just for the keen birder but for all of those with a certain sensitivity, awareness and love of nature. Another important group in this district, of similar importance to the raptors, is one of the most attractive: the steppe species. The great expanses of this type of habitat (not true steppes, but great plains of pasture and arable) mean that the Great Bustard, Little Bustard, Stone Curlew, Calandra Lark, Roller, Pin-tailed and Black-bellied Sandgrouse are all sought-after species for visiting birders.

For those fascinated by birds and keen on birding, this is a district that is a must. Why?.

1.- Resources. To the important number of species should be added the number of individuals of each. Furthermore we should also note that characteristics of most of the ecosystems in the territory. They almost seem designed to facilitate our observations (reservoirs, plains, dehesas, irrigated farmland…..) The result is not only a territory with great bird riches but also privileged in being able to show these birds well, the prime aim of birding.

2.- Location and access. The district lies in the centre of Extremadura, a fact which makes it an ideal central base for those who wish also to explore beyond the territory itself. As well as road access, it is situated just a little more than two hours by motorway from Madrid, and all this combined makes Trujillo and its surroundings the top choice for those coming to Extremadura for birding.

3.- Competitive advantage. Some of the territories that border the district Miajadas-Trujillo support other areas which are of high quality for birds, which can complement what is on offer here. Places such as the Arrocampo Reservoir or Casas del Hito reinforce the important position that Trujillo holds in the birding market in Extremadura.

4.- Services. Probably this district holds more specialists accommodations for bird tourism than anywhere else in Extremadura. Some are run by birding experts, others by those who over the years have specialised to give a personal service to this type of visitor. Each of those have gained a high reputation in the world of birders. We can also add the arrival of new businesses run by young people, dedicated to guiding tourists keen on getting a good number of excellent sightings.

All of these elements, along with the routes and PIOs developed by expert birders intend to demonstrate the potential of the birding in Miajadas-Trujillo. 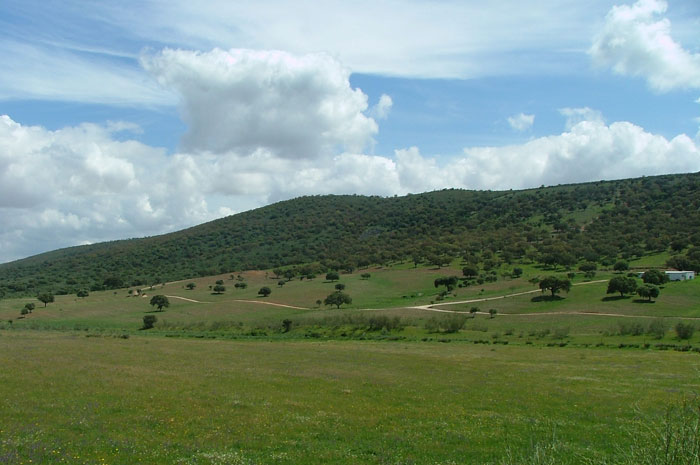